A dark yet cozy, cool yet chill, and very delicious Chinese-Portuguese fusion restaurant nestled in between Tribeca and Soho. This bi-leveled, 1940’s inspired restaurant will bring you back in time and bring your taste buds on a journey you won’t forget. Read on for this month’s restaurant review for Macao Trading Company. 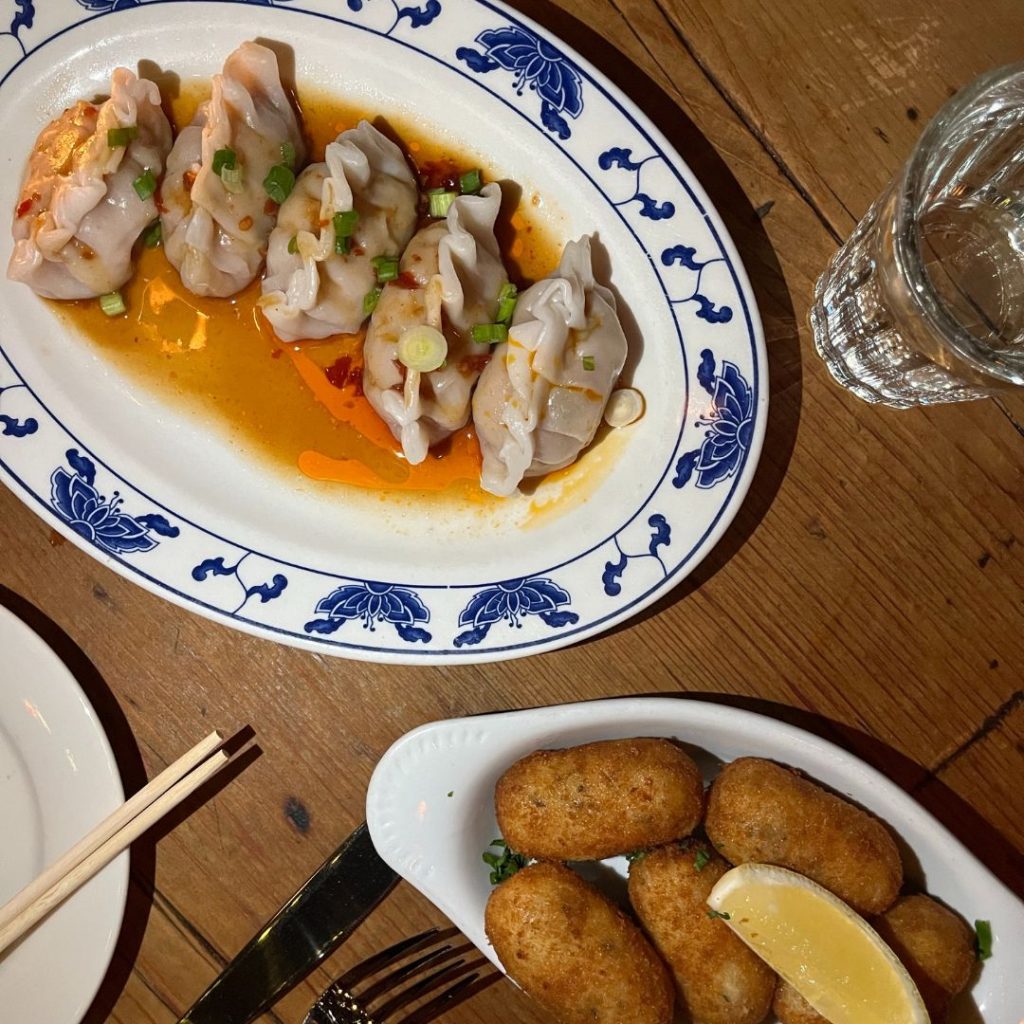 Starting with the vibes

Even if you’re only planning on coming for a drink, Macao is hands down the place to come for a vibey evening. It’s dark and rustic interior bring you straight into another world. It’s candle lit room opens up to a greater space with wooden ceilings, brick walls, and decor you don’t usually see.

Tables are bustling with people, great music is playing, you immediately feel like having a good time. It’s hard to find a restaurant in the city that has a certain charm but still can serve good food, and we think we found one that you need to save in your books!

One piece of advice. Go with a group of friends. The dishes are great to share, and actually you need to taste more than just one dish. We started with a good range of appetizers including the steamed chicken & pork dumplings, mushroom & truffle croquettes, and char siu BBQ baby back ribs.

The dumplings were very good. They were not classified as soup dumplings, but they sure did have a extremely juicy interior which warmed up our bellies. The mushroom & truffle croquettes were nice and crispy, however a bit of flavor was missing. But the start of the show really was the bbq baby back ribs. They were salty but sweet, crispy and tender, and fell off the bone good. If you take one thing off of this menu, we’d recommend these ribs.

Next came the Macanese steamed fish in a fantastic mushroom broth and veggies as well as the grilled skirt steak accompanied by Chinese broccoli and crispy potatoes. Of course we also had to try the coconut black rice with edamame. The fish was one of our favorites because it was perfectly cooked and extremely flavorful. The mushroom broth and bok choy were a perfect & light combination with the fish. We have to admit that there was not one drop of broth left. The coconut black rice went perfectly with the fish as it gave it a sweet touch and a great carb to eat with the broth. On to the skirt steak…which we have to say, was perfection. It was incredibly soft and tender and covered with a fresh herb chimichurri-style sauce. You would think the crispy potatoes would be a bit boring, but they were crisp to the touch and tender and steamy inside. 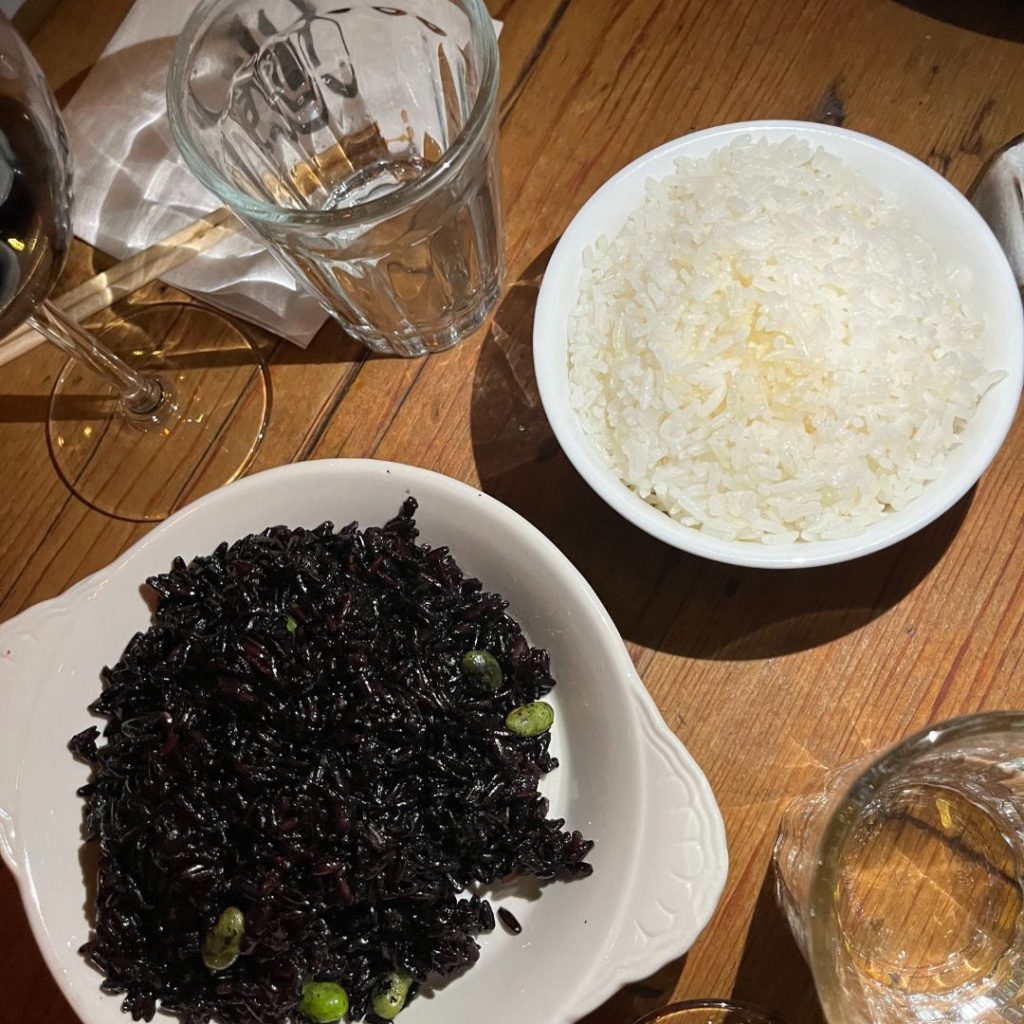 We highly recommend dining at Macao. It’s  great vibe, perfect for a birthday dinner or holiday get together. The food is fantastic and very flavorful, the drink selection is very fitting, and the vibes are worth coming for on their own.

A post shared by The Foodie Smart Fridge (@fraichekiosk)